According to CCTV news, a research report recently published by the European Center for Disease Control and Prevention shows that between June and August 2022, the highly pathogenic avian influenza virus detected in wild birds in EU countries reached an unprecedented high level . Breeding grounds for seabirds on the Atlantic coast were particularly affected. The study reported that compared to the same period in 2021, the number of infections that occurred on poultry farms between June and September this year was five times higher than last year, with 1.9 million farm poultry culled during this period.

The European Centre for Disease Control and Prevention said influenza outbreaks in animals could have serious economic impacts on the livestock industry and could pose a threat to public health because some variants of the virus can spread to humans. The health agency assesses that the risk of infection is low for the general population, and low to moderate risk for people who have frequent contact with poultry, such as farm workers.

According to reference news, the European Centre for Disease Control and Prevention ( ECDC ) issued a warning on October 3 that Europe is experiencing the largest outbreak of highly pathogenic avian influenza on record . Record numbers and geographic distribution.

The latest figures from the ECDC and the EU Food Safety Authority show a total of 2,467 poultry outbreaks to date, with 48 million birds culled on affected premises , with 187 cases in captive poultry and 3,573 cases in wild animals.

The geographic spread of the outbreak is "unprecedented", affecting 37 European countries, from Svalbard (in the Norwegian Arctic) to southern Portugal and eastern Ukraine, the report said .

Although record numbers of cases have been recorded and spread to a variety of mammals, the overall risk to the population remains low. People who work in direct contact with infected animals are at slightly higher risk.

However, the ECDC cautions that influenza viruses in animal species can sporadically infect humans and have the potential to severely impact public health, as was the case with the 2009 H1N1 pandemic.

"It is critical that clinicians in the animal and human fields, experts in the laboratory, and health professionals collaborate and maintain a coordinated approach," ECDC Director Andrea Amon said in a statement.

Amon stressed that surveillance must be maintained in order to detect influenza virus infection "as quickly as possible" and to carry out risk assessment and public health action.

The ECDC also emphasizes the importance of safety and hygiene measures in work where contact with animals cannot be avoided.

The United States was also "heavyly hit" by bird flu, and the conflict between Russia and Ukraine further pushed up global egg prices

According to a previous report by Xinhua, Reuters estimated that based on U.S. federal and local government data, commercial farms in the United States suffered the worst bird flu outbreak since 2015 this year, losing more than 19 million laying hens , accounting for about 6% of the total flock. . The Associated Press reported that bird flu outbreaks have hit 24 states in the United States this year, affecting chickens, ducks and turkeys.

It is understood that France, the largest egg supplier in the EU, is now suffering the most severe bird flu epidemic, with about 8% of laying hens being culled .

Some industry analysts say that imports of eggs from European countries such as France, Italy and Spain increased during the 2015 bird flu outbreak in the United States, and imports are no longer an option to increase supply.

"The overall shortage [of egg supply] is becoming a global problem...Unfortunately, everyone is facing a shortage these days," said a journalist who tracks the egg market at U.S.-based Erna Barry.

It is understood that the EU has mainly imported eggs from Ukraine in recent years, and eggs from Ukraine account for about half of the EU's total egg imports, far exceeding the United States. According to Ukrainian government statistics, Ukraine will produce 14.1 billion eggs in 2021. 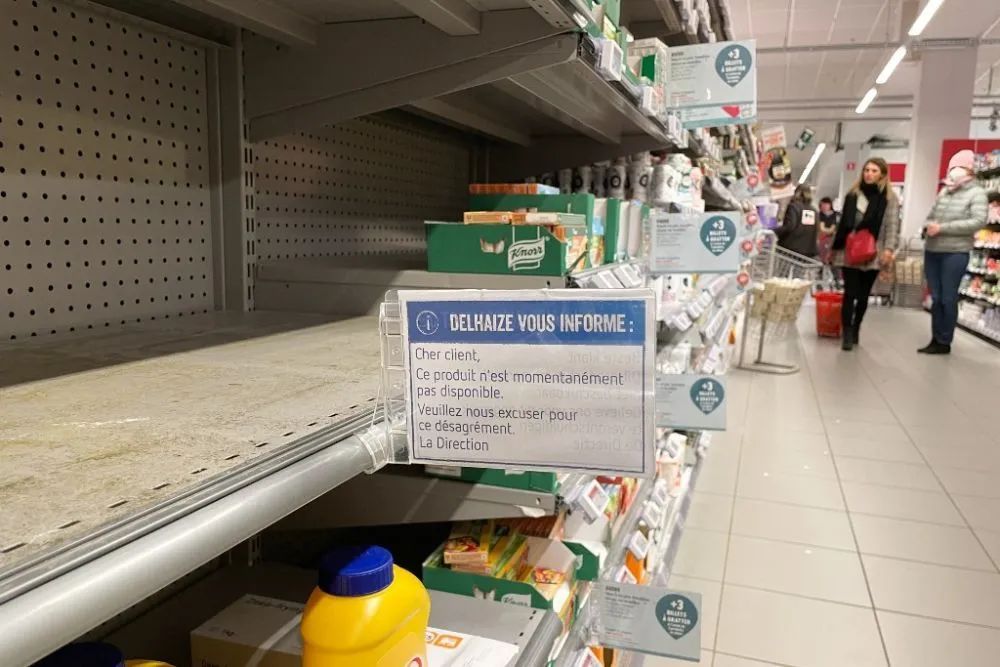 Affected by the conflict between Russia and Ukraine, the supply chains of many egg suppliers in Europe and the Middle East have been disrupted, and they are trying to find new sources of supply.

Santosh Kumar, a United Arab Emirates egg importer, said he had been unable to understand the logistics of Ukraine to the UAE for the past two weeks and was now trying to find a way to import eggs from Turkey.

"There's a general panic in the industry," said Marcus Rust, chief executive of Rose Field Farms, the second-largest egg supplier in the U.S.